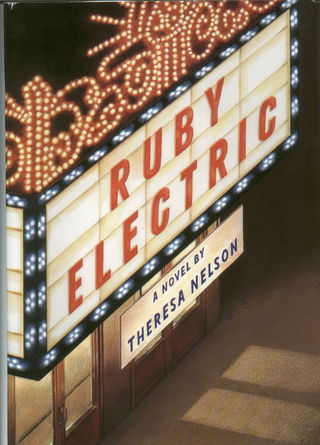 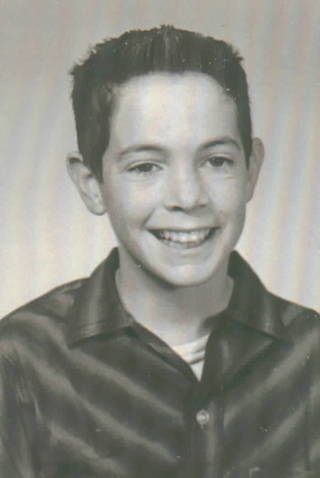 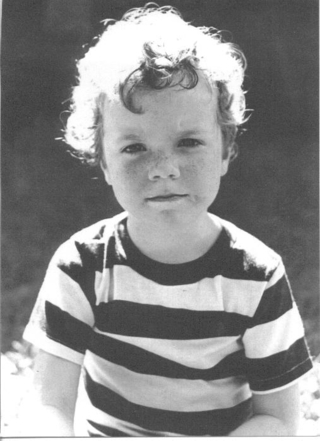 As for Pete--well, Pete is Pete, that's all. Freckles are fine when you're six.... 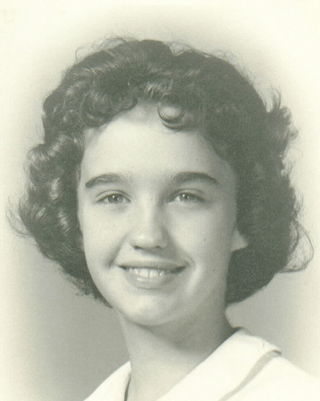 Ruby, on the other hand, has been twelve and a half all year.

"WHEN THE LIGHTS GO DIM and you're sitting in the dark with your popcorn . . . that's the magic time that Ruby Miller loves best. And then the music creeps in, and the lion roars, or maybe the moon kid goes fishing. . .

For Ruby, age twelve and a half, movies are better than real life. The ones she WRITES, why, those are the best of all. Those stories work out. The dads in her movies always show up when they've promised. The moms don't hold onto secrets. The little brothers don't curl up with sorrow over some missing stuffed animal. All right, it's Ruby's fault he's missing. . .

But the terrible red-painted graffiti on the concrete riverbanks--is that her fault, too? She's blamed for it. And here she is on a chain gang with two stupid classmates--the Dumb and Dumber of Hayes Middle School--doing community service to make up for it.

If she were writing the script, the set up would be intriguing, the middle even more exciting, and the ending a complete and happy surprise. She has seven pages ready for Spielberg. But then, real life keeps interrupting.

Theresa Nelson's novel is an Oscar*-worthy wonder starring a cast easy to care about and impossible to forget."

AND FROM THE CRITICS:

"As in her The Empress of Elsewhere, Nelson weaves in a fantasy element as an escape from unsettling realities the heroine must face, and here the author integrates the escapist threads to stunning effect. The novel opens like a movie script, with a 'fade in' to a cafe called the Vanishing Point, where 12-year-old red-headed Ruby Miller, her six-year-old brother, Pete, and their mother wait for Ruby's father, who never shows up. Readers soon learn that the man disappeared five years ago, that the three then moved from Texas to Los Angeles, and that Ruby writes fantasy screenplays which often belie her thoughts about the overwhelming realities of her life. The narrative unfolds through the perspectives of Ruby and a well-meaning troublemaker classmate named Big Skinny and his sidekick, Mouse. Ruby not only uses her screenwriting skills to fabricate heroic scenarios of what has detained her policeman father, but also as she imagines the Los Angeles River, which runs near her home, restored to its original glory. All of these threads twine together in surprising and inventive ways, as Ruby learns the truth about her father and begins taking steps to live in the here and now. Her relationship with Pete, especially well realized, allows Ruby to teach and be taught by him; and Ruby's thaw where she once granted only an icy reception to Big Skinny and Mouse comes smoothly. Smart and funny, Ruby will surely have the audience lined up for her next starring role."
--Starred review, Publishers Weekly, 5/26/03

"Ironic humor makes for delightful relief from the serious issues....Nelson is superb in covering serious topics, but what really centers her work is the amorphous boundaries of nontraditional family and that those boundaries can encompass great love....Softer edged than The Beggars' Ride and much funnier, this novel will have wide appeal."
--Starred review, School Library Journal, 6/03

"Punctuated by snippets of Ruby's scripts, the present-tense narrative positively fizzes with emotion and goodwill. The happy ending is just honest enough not to be pure Hollywood, and thus is all the more satisfying. Thumbs up."
--Starred review, Kirkus Reviews, 5/15/03

"...a humorous, compassionate novel with endearing realistic characters....Ruby's voice is electric, and she is an unforgettable character with courage, a cause, and imagination."
--Booklist

"Fade in on a plucky, 12-year-old screenwriter, busily tapping out the script for the next Spielberg spectacular....It's hilarious--and heartbreaking--to imagine the potential this young girl has, if only she can navigate the twisted plot of her own puberty. In Ruby's own personal screenplay, she gets sentenced to community service for a crime she didn't commit. Somehow, we get the feeling her story will have a more-or-less happy ending, like the endings she never quite gets around to finishing. Thanks to Nelson's spot-on reproduction of a precocious mind at work, here's a character we can't help but root for."
--Michael Maschinot, St. Petersburg Times, 5/25/03

"You'll laugh, you'll cry; and when you reach the end of Ruby Electric, you'll want to savor it all over again."
--Horn Book