He had had a brother once. A little old curly-head named William.... 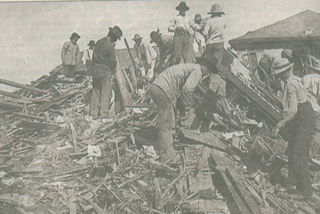 It came, sure enough, the mightiest wind of all. 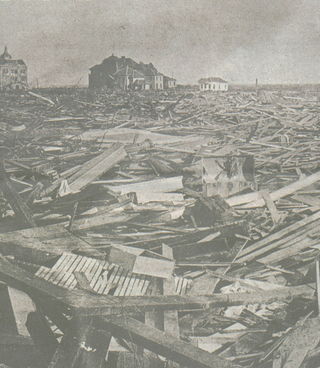 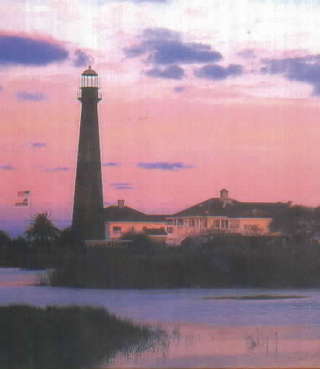 And then he saw it. The light from the lighthouse, shining before him like a miracle....

"The great hurricane that devastated Galveston in 1900 is the centerpiece of a tightly knit novel that deals with the vicissitudes of family life and the sad history of slavery. Thirteen-year-old Walter Carroll is a fair-minded, hard-working boy, trying to do a man's work to help his father, a melon farmer on the Bolivar Peninsula across the bay from Galveston. He loves his family, is kind to his younger sisters, especially Alice, and sorrows over the rift that has come between his parents since the death of his little brother. Alice is a particularly spunky child, full of devilment and a partner to Walter in all sorts of mischievous adventures. They have long heard tales of Old Tom the Tramp, an ex-slave with bone-deep knowledge of the area, who is reputed to have magic powers and to be the son of the notorious pirate Jean Lafitte. One day they spy Old Tom on the beach. Half scared, half fascinated, they strike up a secret, precarious semi-friendship with him and make a panicky midnight trip to an Indian graveyard to warn him that some of the farmers are hunting him for stealing chickens. The day before the great storm, Walter's father goes to Galveston on business, but Old Tom comes to warn Walter of the imminent disaster. Finally, with immense difficulty they struggle to safety at the lighthouse. When their father finds them, the family rift is healed, but Old Tom disappears, rejecting any reward. The writing is powerful, reflecting the force of the great storm; the scenes in Galveston and the father's helpless anguish are deeply impressive. The setting is clearly drawn, and the author has a light but accurate hand with the local dialect and culture. Best of all are Old Tom's quirky personality, the father's goodness and solidity, and Walter's efforts to be a man. A fine work, integrating nature with character."
--Starred review, The Horn Book

"After a compelling debut...Nelson writes again of a family haunted by all that lies unsaid between its members....A splendid affirmation of an earlier promise of talent."
--Publishers Weekly

"Although this is only the author's second novel for teens, it reads like an accomplished storyteller's....When the floodwaters begin to rise, readers may unconsciously pull up their feet--it's that engaging....The Southern dialogue that animates this book crackles with down-home expressions and honesty...lovely, indeed."
--The Christian Science Monitor

Click here to order this book directly from iUniverse.com.